Capital City Movers is a 5-star professional moving company that has all the logistical support, packing services, and storage capabilities to move your family anywhere regardless of the size of your home or business. With over 20 years experience in the industry and crews that are second to none, we are the company to call when it comes time for your next move. We understand how stressful moving can be which is why it’s our NUMBER 1 goal to provide you with a seamless and stress-free move GUARANTEED!

Every move that has been done within 60 miles of your current location is usually considered local. But, this moving experience can be just as exhausting as a long distance one. You shouldn’t underestimate the complexity of local moving, because there is still a lot of work to be done. It is important to remain cautious when choosing a local moving company NYC in order to avoid any unnecessary difficulties with your move.

Having that in mind, please consider Capital City Movers– local movers NYC for your short distance relocation. We know the territory, have the experience and the proper tools and equipment for local moving. Hiring us you are choosing safety, experience, and efficiency. We are profoundly dedicated to adapting our local moving service to best suit your unique requirements.

Although most of the relocations are difficult, some are harder and more exhausting than others. Moving long distance is definitely one of the most challenging ones. Our proficient personnel offers to help you from the very beginning to the very end. This means we offer to move you room-to-room, letting you relax and enjoy the moving process with Capital City Movers NYC.

There is a lot of ground to cover, changes to implement and decisions to make. Moving to New York City is something that lots of people do every day, but not all of them are satisfied with the service of their long distance moving companies. Hiring a good and reliable moving company can make or break your relocation. It all depends on your ability to choose the most reliable partner to get you through your long distance moving experience. But, before you do that, you need to be well informed. As one of the best long distance movers NYC we will share our experience with you.

When it comes to commercial relocation, time is essential. We are well aware of the importance of a swift and efficient move to your business. It is very important that your business gets moved properly, professionally, and quickly. Our commercial movers NY are here to help minimize your downtime and get you back to your work as soon as possible. Work is stressful enough, so commercial moving shouldn’t be.

Capital City Movers pre-plan and coordinate every detail of your New York City business move with minimal interference to your day-to-day operations. We make sure the only thing that changes about your business is the location. Choosing our company among other commercial movers NYC, you are choosing safety, experience, and efficiency. We are here to take care of relocation of your business, to or from New York City.

I used Capital City Movers on July 27, 2020, and it was a seamless, no damage and hard to believe but a stress-free move.
Originally I called one mover that my kids used and liked who came to my apartment and gave me a quote. However, I decided that I should get a second quote and called Capital. Nigel answered the phone and we went over my "stuff, boxes, etc". He gave me a quote that was significantly less than the first one mover.
I decided to move forward a little concerned since there was such a difference in price.
Well, they came on time, moved everything out of my New York City high-rise apartment within hours and were on the road to East Hampton. At my new home, they moved old furniture to the basement, and then everything was brought inside, unwrapped, undamaged, and in its place.
The guys were pleasant, helpful, and worked non-stop with masks and gloves. As a satisfied customer, I highly recommend them.

We used Capital City Movers for our move from Manhattan to Connecticut. Everything went smoothly from start to finish. Their crew was professional, courteous, and careful. Nothing was damaged in our move. Reach out to Kiko at (646) 894-4889 to start the process. He's great to work with and very accommodating. I highly recommend them for a move.

This is the worlds best moving company. They just completed packing our 5 bedroom house and moving us to a larger one. Literally nothing is even slightly chipped. We paid a smaller fee to have the kitchen unpacked upon arrival and Julio unpacked 35 boxes in 1.5 hours! You NEED this company for any move. All friendly and cooperative professional people, worked together seamlessly. Many many thanks!

I was told about these guys from a friend at work who used them for their last 2 moves and was very happy with them. Since you never know what you're going to get with moving companies, I got a quote and booked them right away. These guys were great! I had construction delays, and had to move my move date at the last minute. My other mover was already booked and I was not sure how I was going to accomplish the move. These guys worked with me to make my date work (it was the end if the month, so a very busy day for them!). They showed up on time and had a great attitude! I strongly suggest using them for your next move.

I had to move multiple rooms' worth of furniture in addition to 25-30 boxes of assorted size. Capital City Movers offered an unbeatable price compared to the competition. They arrived on time, and worked quickly and efficiently. They made sure to wrap all of my furniture and electronics/breakables to protect them from damage and whatever else could happen to or crawl on them.
They also mentioned that their trucks are completely cleaned and heated after each move and that they have never had a history of bedbugs. I would definitely use again in the future, and I recommend scheduling your move with them.

Capital City Movers is hands down the best moving company I have used in NY. They are punctual, caring, fast and personable. From the quote to the last box- no complaints. We had Frank as our foreman- he was incredibly nice and truly wanted to make my move as easy as possible. Not a single item was damaged, everything was packed with the utmost care. I would 100% recommend CCM for any move- large or small- local or long distance. We will only be using Capital City from now on.

We could not have been more thrilled with Capital City Movers for our packing and move to Westchester from Manhattan. At first, I was a bit unsure about using them because I didn't know anyone who had used them personally. I got quotes from several other moving companies for both packing and moving, and Capital City Movers not only gave me the best price, but I appreciated that they did not have a surcharge for moving at the end of the month or for disassembling our crib or entertainment center. We worked with Brandon who was incredibly responsive, and our team on the day of packing and moving was simply wonderful. We had a desk that was not in great shape, and they took it apart and put it together when we arrived. They moved so quickly, wrapped everything so carefully, and were just very lovely to work with. I would highly recommend Capital City Movers to anyone looking to move!

Capital City Movers were top notch! They were professional, hard working, and courteous. They were not only on time, but they showed up 30 minutes early to set their things up and get ready for the move. I don't expect that, but what a bonus! We moved to different apartment in our building, and it could not have gone better. Although I'd be willing to pay more for good movers, Capital City was the best quote I received and they did not waiver on their asking price once bill was due. Next time we move, I am calling Capital City first.

Worked with Nenad who did an outstanding job of coordinating my parents’ move to NJ. He gave us a fair estimate.The crew sent to pack and move my parents were very efficient and helpful. As was the crew that delivered the cartons to their new apartment. My overall assessment was one of excellence.
All recommendations 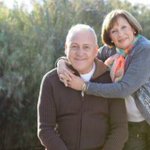 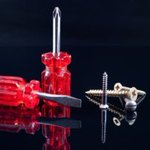 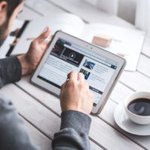 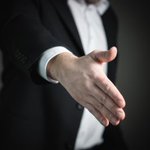 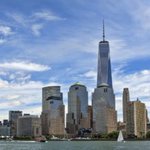 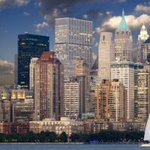 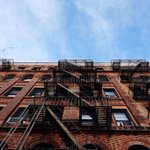 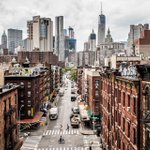 We know that your belongings are dear to you. Utilizing the best techniques and materials, trust Capital City Movers to pack your belongings as if it is our very own! If you find yourself in need of extra space for your residential or commercial move, trust Capital City for your storage needs. Our storage services are the perfect solution to provide you with convenience, security, and affordability. Our Royal Services caters to the most discerning of customers providing full packing, unpacking, fine art & antique handling, piano handling and so much more.

If you just want to relax and take a day off in nature with your family, Capital City Movers offer full packing service. Professional packing services from Capital City Movers will ensure that your items packed efficiently and transported safely. We are available to answer your questions every day from 7 AM to 9 PM. Feel free to call, no obligation necessary. We offer packing services that can be customized to meet the needs of any move, large or small. Our professional team of movers and packers are expertly trained to pack items of any quantity, value, or fragility, from a library of books to a cabinet of fine china.

Capital City Movers NYC offers customers with affordable supplies for the packing process. Our main goal is providing all-inclusive service to guarantee your satisfaction. We can help you get organized and better understand what supplies you might need. Choosing us, you'll be able topurchase cartons and other packing materials such as boxes and tape for all kinds of relocation: local moving, long distance moving, and commercial moving. Contact us, and we will be more than happy to satisfy all your needs for packing supplies.

You can determine the value of a top NYC moving company through the offers they provide. This is something that makes Capital City Movers NYC stand out from the rest of the competition. The moving services NYC we provide cover all types of moves, and leave customers stress and worry-free in terms of their relocation. We have worked long and hard to establish a strong foothold within the moving industry, and have the results to show for it. So, we invite you to take a look and explore what it is that our moving and storage company NYC can do for you and your move.

Moves come with a variety of different circumstances, some of which are easier to plan for than others. Whether downsizing or upgrading to a new living space, or whether the need for a move arises suddenly, there may be the need to utilize storage services until you get fully settled. At Capital City Movers, we provide our clients with seamless and reliable storage services for any move and for any amount of belongings. People are moving to big cities like New York City every day. The urge for relocation to a big city appears for many reasons.